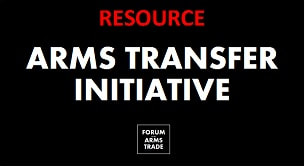 NOTE: This is an archive page. Some links no longer accurate, especially those to government sources due to changes in administrations.

On April 19, 2018, the Trump administration released a "National Security Presidential Memorandum Regarding U.S. Conventional Arms Transfers Policy," replacing U.S. conventional arms transfer policy policy issued in January 2014 via Presidential Policy Directive 27 (PPD-27). A new policy on the export of unmanned aerial systems was also released, a briefing held on the updated policies and a statement made by the White House press secretary.

On July 16, the State Department released a fact sheet on implementation of the conventional arms transfer policy. On November 8, another update was released as a related factsheet on sales (this May 2019 version may be same as the November 2018 update... the State Department's internal updating process broke many links and appears to have re-published some items with a new date, but no update).

Highly recommended from civil society​
Government
Reports (GAO)
​Media
The following Forum on the Arms Trade-listed experts* may be quoted as below:

"The two policies released today present a clear political objective by the Trump administration – to demonstrate its “America First” approach and promote U.S. industry. The policies focus on the benefits, rather than the risks, of arms exports and take a short-term view without fully incorporating potential long term consequences. The United States is already the world’s largest arms exporter and has been experiencing all time sales highs. This trend will continue under the guise of this economic focused policy. The new UAS policy represents a fundamental shift in the U.S. approach to selling UAVs and implementation of U.S. obligations under international agreements. It is of great concern that the policy itself is classified – continuing the Trump administration’s rollback of transparency with regard to UAS. US export policy cannot be considered in a vacuum and is directly related to the U.S. use of drones that has been secretive and which sets a risky international precedent."

"Arms sales and transfers are fundamentally an act of foreign policy. Transferring weapons to countries involved in conflict, or at risk of conflict, or to governments with a record of human rights violations or violations of the laws of war reflects on America's commitment to reducing civilian harm in war and upholding international law. The new policy is clearly intended to make it easier to sell more American weapons in more places with fewer delays. This policy, like the one it replaces. makes a rhetorical commitment to human rights and the laws of armed conflict and to reducing civilian casualties. Only the specific details of implementation can give that rhetoric any meaning. In the absence of more meaningful risk assessments,  strong leaders with the moral courage to prevent problematic sales, better operational oversight, and stronger terms of sale that enable US officials to curtail problematic use, I doubt we'll see anything other than more weapons being used in ways Americans can't support."

"The new Conventional Arms Transfer policy reinforces and solidifies the Trump Administration's defense industry-first approach to U.S. arms sales, which included $82.2 billion in proposed major arms sales in 2017. While the Obama Administration's CAT policy emphasized the dangers of U.S. arms sales at the outset, the Trump Administration's policy focuses on the economic benefits. In fact, the new policy uses the word "economic", "jobs", or "industrial base" at least eleven times compared to three times in the previous policy. The new policy also reduces language about reviewing the potential long-term impact of U.S. arms sales and about promoting democratic governance. This new approach will likely embolden the defense industry to push for wide ranging reductions in U.S. arms export controls and further hamper efforts that seek greater risk assessment and restraint in U.S. and global arms sales."

"While the new conventional arms transfer policy retains the legally binding part of the policy – which only prohibits weapons transfers under very narrow circumstances where the United States has specific knowledge that the weapons will be used in atrocity crimes – it did away with the broader language of the Obama policy that looked more comprehensively at the risk that US weapons would be misused or that abuses would be associated with the United States.  Both policies are weaker than the law, which requires an assessment of risk and a cut off in sales where weapons are misused.  Due to the ongoing failure of successive administrations to enforce existing law, the new policy will contribute to the ongoing sale of weapons to irresponsible actors, thereby increasing the risk that the United States will be associated with atrocities, such as those occurring in Yemen."

"If implemented as stated the Trump administration's newly announced arms transfer policy will continue to value economic interests over vital human rights and security issues.  Although human rights is referenced late in the document, there are many more references to jobs, the industrial base, and the interests of U.S. companies.  On human rights, the policy statement sets an extremely low bar. The directive talks about following existing law -- without specifying which sections of law or how those sections will be interpreted.  And it calls for holding off on transfers where there is a fear that they could be used to commit genocide or war crimes.  This is hardly a ringing endorsement of putting human rights concerns high on the list of criteria for U.S. arms sales.  This point is underscored by the administration's record to date, where it has reversed suspensions on sales to Saudi Arabia, Bahrain, and Nigeria  that had been imposed due to human rights concerns.  And the president's emphasis on the jobs generated by weapons exports at almost every opportunity -- including in an Oval Office meeting with the Crown Prince of Saudi Arabia -- underscores the risks that dangerous and counterproductive sales may continue to be made in the interests of arms manufacturers, rather than in the interests of the safety and security of the American people and the people suffering in conflicts involving the use of U.S.-supplied arms.  As I have argued elsewhere, arms sales decisions shouldn't be about jobs: https://www.defenseone.com/ideas/2018/03/arms-sales-decisions-shouldnt-be-about-jobs/146939/"

"The details of how new U.S. conventional arms transfer policy will be implemented are missing, but the short statement from the White House makes clear that the administration's push is focused on faster transfers, with more care for jobs than for proper restraint and promotion of human rights. U.S. arms are not like any other commodity and should not be treated as such.

Of late, the President has criticized Syria's use of chemical weapons against civilians, but he should be concerned as well when civilians are harmed by conventional weapons, especially when they are U.S. supplied. Rather than make the world safer, these new policies may undermine human security and pour further fuel on global conflicts."

"It is not enough for a government to ensure high standards of behavior by its own military if their arms sales undermine international security. Exporting armed drones risks encouraging importing states to use violence in ways that stretch the limits of international humanitarian and human rights law. The Trump Administration’s changes to the US arms export policy show a disturbing lack of regard for these considerations. Arms export policies need to conform to norms protecting human life and dignity – like the 2013 Arms Trade Treaty (which the US has signed) – rather than giving encouragement to those hawking instruments of killing to irresponsible actors."

"The new export rules for armed drones by the US government will spur proliferation of a weapon system that has and will pose serious challenges for international security and stability. The decision loosens barriers on export controls and includes vague references to 'proper use' that leaves open many interpretations. There is reason for concern that more States will resort to the use of lethal force in military and counter-terrorism operations, especially without significant transparency and accountability measures. Remote controlled military systems are gaining more traction on the global arms market due to the low risks associated with their use. Yet, past and present use, in particular in secret operations by the US government, is and should not become the standard. Therefore, the international community should jointly work to establish clear standards and a normative framework for their use, and engage on a multilateral level to discuss the political, legal and ethical concerns around drone warfare. European States, in particular those possessing or in the process of acquiring US military drones, should engage with the US to express their concerns over both drone practices and proliferation."

"The new Conventional Arms Transfer (CAT) policy privileges economic objectives over prudence, human rights and nonproliferation. The United States already produces and exports more weapons than any other country and this stands to increase the number of weapons sold by the U.S. and the rate at which they are exported. The new policy also downplays the importance of considering the potential use of weapons in the violation of human rights relative to the previous administration’s policy. Although the new policies are consistent with the Trump administration’s actions to date in exporting weapons to countries with known violations of human rights, they are likely to exacerbate existing conflicts of concern to the international community. The new CAT policy also fails to take a long-view approach in assessing the second- and third-order effects of pumping lethal weapons into the world. By further enabling the coproduction of weapons and systems with buyer countries, for example, the U.S. is allowing these countries to build up their own arms industries—and then sell to whomever they see fit. We need to think more carefully about what the world will look like as this materiel disperses far and wide."
*  Inclusion on the Forum on the Arms Trade expert list does not indicate agreement with or endorsement of the opinions of others. Please contact experts directly for further comments.
ARCHIVED RESOURCES BELOW