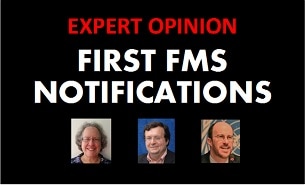 On Monday, January 23, the U.S. State Department announced five potential foreign military sales (FMS), notifying Congress of the department's approval -- the first such notifications under the Trump administration -- together totaling approximately $1.85 billion. The proposed sales include:
The day after the notifications, Forum on the Arms Trade-listed experts* provided the following public comments (January 24):

"In his first press briefing on January 23rd, Sean Spicer repeatedly claimed that President Trump was going to focus on approaches that would help keep Americans safe and would be good for the economy.  But the new administration’s actions suggest that when they have to choose, they are likely to pick profits over people.

On January 23rd, the State Department notified Congress of more than $1.8 billion in proposed arms sales to Saudi Arabia, Kuwait, Kenya, and the United Kingdom. This may not seem like a great deal of money when compared to the $40 billion in arms transfer agreements that the Congressional Research Service recently reported the United States reached in 2015.But this single day of notifications exceeds the annual agreement totals for 2015 for every country in the world except the United States, France, Russia, and China.

Within this set of sales, the proposed transfers to Saudi Arabia are particularly disturbing. Despite Saudi attacks on civilians that have been documented by Human Rights Watch, the United Nations Office of the High Commissioner for Human Rights, and others, the Trump administration has chosen to pursue arms transfers to Saudi Arabia as one of its first official acts. This decision sends a message to Saudi Arabia that “business as usual” will continue in the Trump administration. Rather than rushing to conclude these sales, the new administration should take a step back and focus on people rather than profits.

"The latest arms offer to Saudi Arabia continues a troubling pattern of rewarding Riyadh with weapons sales at a time when it continues to wage a brutal bombing campaign in Yemen that has killed thousands of civilians and indiscriminately hit non-military targets. These activities may amount to war crimes. Congress should closely scrutinize the sale, even as it presses the new administration to use U.S. leverage to halt the Saudi bombing campaign, including an end to U.S. refueling of Saudi planes involved in the war."

"The notification of nearly $2 billion in potential foreign military sales on the first Monday of the Trump administration is surprising. Due to their nature, weapons are unlike other trade commodities and should be sold only after great consideration. Transfers to Saudi Arabia, in particular, reward that country's actions in Yemen that have contributed to the death of civilians and a humanitarian crisis. Congress should now use its authority to scrutinize these potential sales and the Trump administration should provide much greater clarity as to how they envision military sales within a broader security and humanitarian context."
*  Inclusion on the Forum on the Arms Trade expert list does not indicate agreement with or endorsement of the opinions of others. Institutional affiliation is indicated for identification purposes only. Please contact experts directly for further comments.